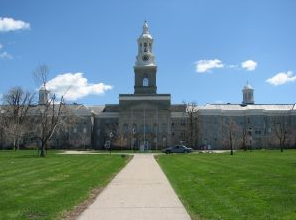 The continued influx of international students from China and Saudi Arabia is allowing higher education institutions in the US to maintain their dominance of the market. Renewed interest from Indian students, and emerging new markets such as Brazil, are boosting the attraction of the US for international students.

According to a new report out this month, “Trends in International Student Mobility” published by World Education Services (WES), the US is just becoming aware of the financial benefits of attracting international students. During the global economic crisis of the last few years public universities have struggled financially. The potential revenue generated by foreign students is something America should concentrate on capturing.

“The US is a sleeping giant in terms of international student recruitment and is just now waking up in response to the fiscal challenges faced by many public universities.” said Dr Rahul Choudaha, the main author of the report.

The promise of improving employment prospects as the US economy picks up and stringent immigration rules in the UK and Australia will likely boost the attractiveness of the US as an international study destination.

The report predicts that the growth in international students will rise above traditional destinations such as California and New York. States like Oregon, Delaware and Iowa  will also see an increase in students from abroad. This change is driven by a new class of international undergraduates who seek higher support for English as a Second Language training.

Changes to state education policy is playing a part in the emergence of new destination states. Colorado has initiated changes to allow for the enrollment of more international students in public institutions, resulting in more universities actively recruiting foreign students.

Dr Choudaha added, “The sheer size of the American higher education system enables it to absorb international students at a higher rate than other countries.”

I wonder what the count is on how many International students that their are.