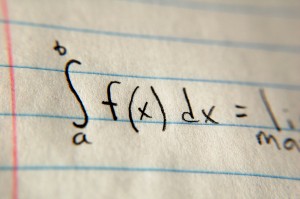 China’s school pupils are surging ahead in maths

Great strides being made by East Asian nations in the field of education can be largely put down to improvements in teacher training, a new report from the OECD states. While the level of European teenagers’ ability in maths, science and reading has continued to stagnate, Singapore and Hong Kong have shot ahead according to the France-based organisation’s findings. Many have pointed to the increased value placed on education in Asia by both families and governments.

The OECD formulates its own tests to measure 15 years olds’ aptitude across the three subjects. These are distributed all over the world every three years, with the results used to form a ranking.

Topping the latest list is China, where students score especially highly in mathematics. However, the organisation has faced criticism for not using a representative sample of regions across the country, focussing solely on economically advanced areas – mostly cities on China’s eastern seaboard. Rural communities do not feature.

But the idea that students only perform well in wealthier regions is somewhat quashed by the huge rise in standards in Vietnam, whose teenagers outperform students from many richer, western countries across all three subject areas. On the other hand, the results here have also been labelled as misleading. They do not account for the huge drop-out rates among Vietnamese students in secondary education, as well as the fact the the curriculum revolves around a rote memorisation system, meaning Vietnamese pupils ability to think independently and critically is brushed over.

In Britain, which fared especially poorly in the rankings, government ministers have been quick to blame the previous labour government for current shortcomings in education. However, Tristram Hunt, the Labour Party’s spokesman on education, has pointed to Asian countries’ emphasis on the importance of having well qualified educators in schools, something he argues the current Conservative government has diminished the importance of.

So what are the longer-term implications of the report for higher education worldwide? If the findings are correct, and students in East Asian countries are making such significant strides, we may see them take advantage of increased international mobility when it comes to getting a university education. Universities in the West already charge large fees to overseas students. Now that future school-leavers in Asia are showing such potential, these institutions have even more of an incentive to attract student talent from what continues to be a lucrative market.

Moreover, with China’s huge economic boom continuing to blossom, European leaders – including those from the UK – have been conscientiously forming links with Chinese business and government. This could further pave the way for an open door policy at Western higher education institutions towards intellectually gifted members of the East Asian moneyed classes in the name of improved cultural and economic ties.

Whether these implications turn out to be as drastic as predicted remains to be seen, though one thing is certain – particularly for European governments: standards of teaching in secondary education must improve if the West is to keep up with Asia in the long term.