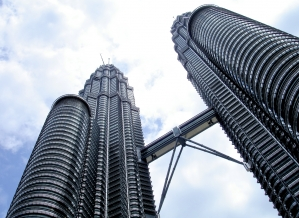 Studying abroad is slowly becoming the rule rather than the exception – international students increased by 1.3 million between 2002 and 2009 and the growth shows no sign of stopping.

Previously, up to 70% of the world’s international students opted to study in what have traditionally been the most popular destinations – the US, the UK, Germany, France and Australia.

But according to the World Educational Services organisation, developments over the last ten years show that this picture is changing. Many of these countries have experienced a slump in international student numbers and, while continuing to attract hundreds of thousands of students from abroad, are facing a challenge mounted by universities in Asia.

Crucially, many western countries are not only trying to attract students to their countries for study placements, but also to keep them there following graduation. Ageing populations in countries like Canada and Australia mean that a future manpower deficit  is edging ever closer. As for governments in Asia, their motives for attracting students from abroad are based purely in the economic short-term – lack of manpower is far from being an issue in China.

A large proportion of students studying abroad in China, Singapore and Malaysia have come from one or other of those very countries. That said, all of these countries have made impressive declarations of intent to attract more students from outside Asia, with the increasing use of English in Asian universities a key factor in breaking down mobility barriers.

The impressive increase in international student numbers in China, Singapore and Malaysia not only looks set to intensify, but to diversify.