The future of the English language in education

Will teaching in English at universities become a thing of the past?

Some of China’s top universities have scrapped English as a compulsory subject so students can focus instead on their major subject. This begs the question, are emerging economies now realising their status and retreating away from the West?

Enrollment officer, Yu Han at Tsinghua University, Beijing, said that English was made non compulsory to reduce students’ workload and attract talented students who excel in their targeted subjects. Students that study sciences and engineering are now only required to take maths and physics exams and art students are required to take Chinese and maths exams.

But what will be the effect of fewer Chinese students speaking English? Could this be a reaction to the emerging countries turning their back on the crisis which broke Europe and America? More importantly, will South America and China become introverted and no longer look to the West for inspiration?

This could potentially happen, but probably in an unimaginable future. Besides, other factors show that dropping compulsory English classes is not a growing trend. Many foreign universities are now offering more courses in English. One of Italy’s most prestigious universities, the Politecnico di Milano announced that from 2014 most of its courses and all its postgraduate courses will be taught in English. While this is unusual for Italy, it is not for most countries that want to promote international employability among their students. In fact, in the Netherlands there have been recent complaints that Dutch is becoming a second language with English taking over first place.

In the Middle East, English has been the official language of long-established American universities in Lebanon, Egypt and the UAE for a long time. This has also influenced other universities in the region to teach classes in English. And in Lebanon, despite French being taught at school, many students are choosing to study English instead of French at university.

The Middle East has not had too many problems regarding the takeover of the English language, however, due to a fear of losing the Arabic language there have been acts implemented to ensure a greater role for Arabic at universities. In Qatar, a movement has taken place so that courses such as engineering, economics, business and media will be taught solely in Arabic.

In Latin America, countries are increasingly teaching classes in English and this is especially true in San Francisco de Quito in Ecuador, as students must reach a high level of English before they can graduate. 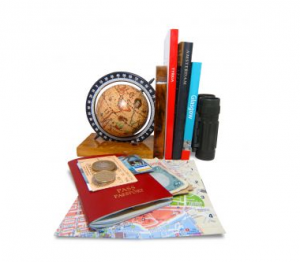 Where will the bilingual professionals go?

Where are the international job opportunities?

Countries in the Middle East and Latin America use English at universities to provide their students with more global job opportunities. There is also the added advantage for students in English-speaking universities of being able to understand more research papers if their field of study consists mostly of research written in English. The major reason why foreign universities are now teaching classes in English is predominantly to grant students greater opportunities to work abroad.

But, with Europe and America experiencing a crisis, and unemployment levels rising, there are not even enough jobs for people in their own countries. So, which job opportunities will be available for the bilingual professionals of the near future? The answer could be that the job market lies in international offices, which are increasing in numbers and opening in countries such as Brazil and China.

Perhaps China’s decision to scrap English as obligatory in some universities is an indication that China could become more introvert. Yet, the growing trend to teach in English at universities in Latin America and the Middle East is a better indicator that for the moment, English is a crucial language for the working professional.