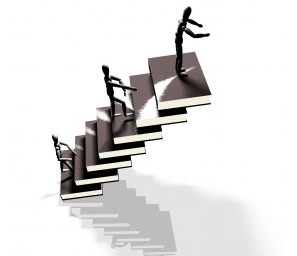 A third of young people in the UK think international experiences would help their careers, however only a small percentage take advantage of study abroad options at university.

It seems young people (under 25) have the greatest sense of regret at not having experienced living abroad, with over half (54%) believing their lack of international experience has held them back. The research was commissioned with the aim of helping young British people compete in an increasingly global workplace.

“The good news is that this poll shows people are beginning to recognise how vital international skills are for enhancing their career. Research last year revealed that more UK employers look for international awareness and experience above academic qualifications,” said Dr Jo Beall, the British Council’s Director of Education and Society.

“But the bad news is that not enough people in the UK are taking opportunities to gain international experience. That needs to change if the UK will successfully compete in the global economy.”

The British Council runs the Erasmus scheme which helps UK university students to study or work in 33 European countries. The number of UK students who use the Erasmus programme to move abroad is significantly lower than other European countries. The highest numbers of students going abroad to study or work in 2010/11 were found in Spain, France and Germany.

The UK is one of the top destinations for Erasmus students, both in terms of work placements (internships) and studies.

While students and young people are aware that international experience can boost their career prospects, many don’t or can’t take advantage of the schemes designed to provide them with this experience.

David Hibler, Erasmus programme manager for the British Council cautioned that while it was great to see the number of participating UK students growing, the UK shouldn’t become complacent as it still lagged far behind the biggest sender countries in terms of students going abroad.

“We remain a very popular destination country, but our own students, from all disciplines, need more encouragement to study abroad. It is therefore disappointing to see that take-up of the programme in the UK remains heavily weighted towards language students who are still the ones making the most of this opportunity” David Hibler said.

“Students from all disciplines can take part, if their institution makes this possible. We would strongly encourage universities to consider how they can better communicate the benefits of the scheme to all their students and make it easier for non-language students to participate”.