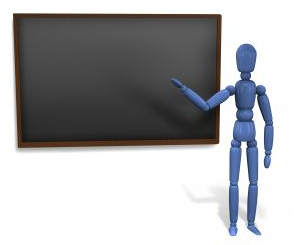 The rising prices of higher education are making many prospective students question whether it will offer them a worthwhile return on their investment. Ever increasing fees generally aren’t reflected in a rising standard in the quality of education. Instead they’re more to do with ballooning bureaucracy and the administration costs needed to serve the constantly increasing number of students. This is leading many people to wonder, what are the alternatives?

One option which has sprung up in recent years is massive open online courses, also known as ‘MOOCs’. This phenomenon sees university courses uploaded to the Internet, where they are freely available to anyone who might want to study them.

Increased accessibility, thanks to a lack of entry requirements, low costs, and no necessity to attend classes in person has led to tens of thousands enrolling in single courses. For example, Edinburgh University, which was the first UK higher education institution to offer MOOCs, had 308,000 students from 167 different countries sign up to the subjects on offer. As a result of this overwhelming popularity, 21 other UK universities including Leeds and Bristol now intend to follow suit.

The rise of MOOCs also coincides with a shift in thinking towards online-only degrees from many employers. Research by the Society for Human Resource Management in 2010 shows that two applicants of the same experience, pursuing the same job, would have equal chances regardless of whether they obtained their degree through online learning or a more traditional university system. Along with this, 79% had hired an applicant with an online degree in the past 12 months, and some even saw this type of learning as favourable.

Despite this, there are a number of reasons we won’t see MOOCs entirely sweeping in to dominate the world of higher education in the near future. The rate of those who actually finish a MOOC they enroll in is very low; in the case of Edinburgh it was 12%. This is because many people do it out of curiosity rather than commitment, and whilst this isn’t necessarily a bad thing, it does mean that they’re more of a taster than valuable experience in itself.

What’s more, a survey done by The Chronicle found that 72% of MOOC teachers polled believed that students who completed the course still didn’t deserve to get solid credit from whichever institution they undertook it with. Instead remuneration tends to come in the form of a standalone document certifying that the student had completed the course.

As such, instead of acting as primary higher education, many of those who undertake a MOOC already have a degree of sorts, and tend to be older than average university students. These people value the convenience and relative cheapness of online learning over the personal contact and concrete recognition that comes with more traditional methods.

Overall, the dramatic rise of MOOCs means they’re certainly something to keep an eye on in the future. Whilst they won’t be replacing typical higher education any time soon, they’ll definitely be serving as a compliment to it for more and more students, and acting as a gateway for those who might not have considered higher education otherwise.