Fixing pupils to their desks is not the way forward when it comes to teaching, according to renowned foreign schools. 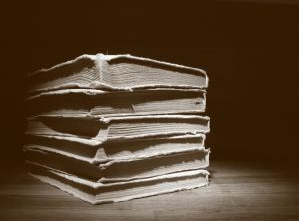 The British Secretary of State for Education believes that the current established school hours are too old fashioned and suggests that we should follow Asia’s example instead.

Schools in Asia push pupils through school successfully by emphasising the importance of homework and by adopting a “meritocratic” approach. This is according to teachers, who rejected the idea that long hours in the classroom is the secret to scholarly success.

These comments are a response to recent remarks from the British education minister, Michael Gove, who drew attention to the fact that a longer day at school is normal in East Asian countries.

As reported in The Telegraph, Mr. Gove made the suggestion that this pattern should be adopted by state schools Britain. The current teaching hours are generally 8.30am to 3.30pm.

The minister wants to ditch the current school hours and the six-week holidays, which he claims date back to when Britain was an “agricultural economy”.

The British Headteachers’ Union’s (ASCL) response pointed out that the quality of education offered is of greater importance than the number of teaching hours.

The opinion is shared by their counterparts in Asia, where schools perform better than their Western companions.

In explaining this phenomenon, the principal at Nexus International School in Singapore, Dr. Stuart Martin, told The Telegraph: “Most Singapore kids spend hours extra per week on tutoring and homework than UK kids. A recent survey showed that 98 per cent of Singapore kids attend tutoring in addition to school time and homework.”

He added that the “meritocratic approach” is employed to meet an “expectation” which is different to that in Britain, and that for this reason changing the length of school hours and holidays would not produce a significant difference in outcome.

Longer teaching hours and reduced holidays have already been adopted in the UK, by several of the new independently-run academies funded by the state. Their school days often begin at 8:30am but won’t finish until 5pm.

Around the rest of the world, Japan and Germany are also extending classroom time, but Finland manages to excel in most education league tables with fewer teaching hours than any other developed country, according to the Organisation for Economic Co-operation and Development.

A report by the OECD compiled in 2011 included an analysis of the total intended teaching hours in public institutions between the ages of 7 and 14 of 32 nations in 2009. According to a chart of its findings, Italy scheduled the most hours, stretching over the 8,000 mark, while Poland planned the least, with under 5,000. Meanwhile, Russia and Korea arranged just under 6,000, Chile organised just under 7,000, Mexico’s hours came up around the 7,500 point and Israel established just under 8,000.

Anne Keeling, a spokesperson for international schools research group ISC Research, has warned against a comparison between other countries. She stressed that “the truth is that culturally, we [the UK] are quite different when it comes to learning.”

So, what’s the answer? Should pupils in Britain be pushed to be more like the hard-working kids in Asia, or more laid-back like the Finnish? Give us your opinion in the comments box below.