Why do Erasmus students perform better in the job market? 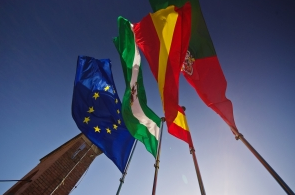 Students who have done Erasmus consistently perform better in the job market.

For over twenty years the Erasmus Programme has acted as the European Union’s flagship student exchange programme. It’s easy to understand it’s popularity – students have 32 countries to choose from, can learn a new language and culture, gain new freedom and even receive a grant to do it.

But research shows that there is one more good reason for students to consider taking part in the EU programme. According to the Higher Education Funding Council for England (HEFCE), Erasmus students go on to achieve better degrees and secure better jobs than their less adventurous stay-at-home counterparts.

So who are Erasmus students? The HEFCE’s study shows that two out of every five students enrolled on the programme studied a foreign language for their degree, while 16% studied business. Over half (68%) are female, and 82% are from high-earning backgrounds. The majority had better grades than most before applying to university.

Whether Erasmus helped these students to gain better positions in the job market is hard to say, though statistically it gave them a far better chance of finding employment within six months of completing their degree as well as making them higher earners.

It seems clear that having participated in the scheme gives job seekers the edge after finishing university, and it’s easy to see why.

Most students will have learned, or at least improved their fluency in a foreign language. They will have been given the chance to become more cultured, mature and globally-aware individuals.

In an increasingly competitive international jobs market, employers value what have been called ‘global employability skills’. Those without these skills are at a disadvantage, and may even be considered a risk to companies with international clients. The ability to understand and interact with other professionals from diverse cultural backgrounds is ever more becoming a requirement.

The question for EU students enrolling on a degree course must now surely be: Why on earth wouldn’t we do Erasmus?