Why staying abroad is easier said than done for international graduates 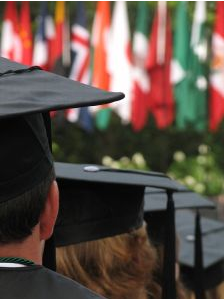 Many graduates intend to stay and work abroad but face many problems.

In times of global mobility and an increasing skills shortage, many European countries have intensified their aims to attract workers from abroad. Foreign students who are already familiar with the country’s language and work culture seem to be a reasonable target. Despite many wishing to stay and work after graduating, international students are often faced with too many obstacles.

Who wants to stay?

According to an online survey of the Sachverständigenrat deutscher Stiftungen für Integration und Migration (Advisory Board of German Foundations for Integration and Migration) held in five European countries (Germany, UK, France, Netherlands and Sweden) one half (UK) up to two-thirds (Germany) of master’s students and doctoral candidates could imagine searching for a job in the country where they have studied. Family reasons and the desire to help their own country with their new knowledge play an important role for those who want to return. Students who plan on staying are mainly focused on their professional career.

Although the decision-making is complex there are some trends that can be observed throughout the survey:

According to the survey at least 50% feel welcome as a worker in the Netherlands, however, it’s less than a quarter in France. In general among the observed countries, job prospects and the process for residence permits appear to be worst in France. Resident permits seem to be an overall issue since 60% of the participants state they would consider staying if it was easier to obtain a visa. Especially in Germany, the lack of English information is considered a major problem. The Netherlands perform best when it comes to providing information about work permits.

Nevertheless the Netherlands and Germany are struggling with another paradox. In order to compete with other nations many universities offer studies in English. This leads to the problem that many of the international students cannot speak the countries’ own languages properly. A handicap that is hard to compensate when looking for a job.

What needs to be done

Even though more than half of the students studying abroad consider looking for a job in the country they graduated from, less than one third stay in the end. To reach the full potential of this graduate workforce, European countries predominantly have to simplify permission processes and improve communication. For applicants learning the country’s language becomes essential when looking for a job, even though it may have been neglected in university.