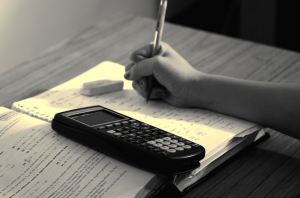 England can no longer rely solely on its reputation to attract international students.

Looking specifically at English universities, the findings reveal the number of international students enrolled has decreased for the first time in nearly three decades.

The 25% fall in the number of EU students coming to England in the past year is arguably in response to high tuition fees. In contrast, university education for EU students in Scotland or Denmark, for example, is free.

Furthermore, having long been one of the largest suppliers of international students to England’s universities, Indian student numbers alone have reduced by 25% since 2010. This is concerning, considering that over the next five years, India will have the largest number of students enrolling in higher education courses of any country in the world.

The quality of teaching in the country’s universities is not in question, with the prestige of a British education still cited as an important factor for students coming from overseas.

However, international students do not feel that their experience is worth the, at times exorbitant, tuition fees. Low graduate employment rates, for both local and foreign students, are understandably putting potential students off.

Visas, both the process of obtaining one and the restrictions that come with them, are seen as limiting. Student visa regulations mean that international students are unable to undertake work placements or internships during their studies. However, like local students, foreign students recognise the value of these experiences for improving their job prospects upon graduation.

Student satisfaction is low, as an holistic approach to university education is not offered; something that is crucial for non-native English speakers.

What needs to be done?

Despite an overall decline in the number of international students, the number coming from China continues to rise. Contributing £10 billion to the UK economy annually, it is a market that universities will be keen to hold on to.

However, latest figures from Higher Education Statistics Agency (HESA) show that Chinese students are underperforming, with only 42% achieving a 2:1 or first class degree; compared with 68% of all students and 52% of students coming from outside of the EU.

This is another example of how the English higher education system is letting its international students down. Universities need to work harder to help students from very different cultural and linguistic backgrounds integrate into the community, in order to profit from the investment they are making.

Where are they going instead?

While England rests on its laurels, there are new countries entering the increasingly competitive international studies market. Spain, Russia and Malaysia have all established themselves as destinations for globally mobile students.

Asia is the crux of the international student movement, both in terms of sending students abroad and increasingly attracting those from overseas. Japan welcomes four times as many students from other countries as it sends abroad. Singapore is also a popular destination for incoming students, seen as a comfortable stepping stone into Asia. Singapore’s Economic Development Board has successfully established branches of internationally recognised universities in the island state.

This is a pattern that English universities should be looking to replicate in other growing markets, especially India, rather than relying on traditional overseas recruitment methods. Otherwise England is danger of becoming part of a one-way exchange; sending students abroad that are not replaced by students coming from other countries.