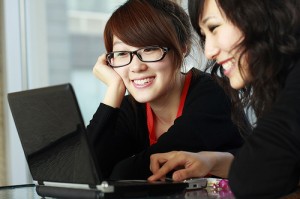 There are currently 5 Chinese students in Europe for every European studying in China.

Usually we think about the rise of the developing world in terms of economics, but it’s equally true for education.

According to an article by Ian Mundell on EuropeanVoice.com, the EU is working hard to encourage European students to study in China. The goal is partly to address a lopsided exchange ratio that sees 1 European student studying in China for every 5 Chinese studying in Europe.

22,779 Chinese students studied in Germany in 2010, for example. But only 4,873 Germans were studying in China. And only a handful were pursuing actual degrees.

Possible strategies for promoting European study in China will be discussed by a joint EU-China Education Council later this year. A hot topic will likely be direct partnerships between European and Chinese schools.

We feel this issue is going to become more acute as time passes, not only in relation to China but also India and other Asian countries. As more and more expats from these countries enter the global workforce, it will be increasingly important for westerners to develop a background in their languages and culture. When it comes to needing an international education, the proverbial shoe may soon be on the other foot.